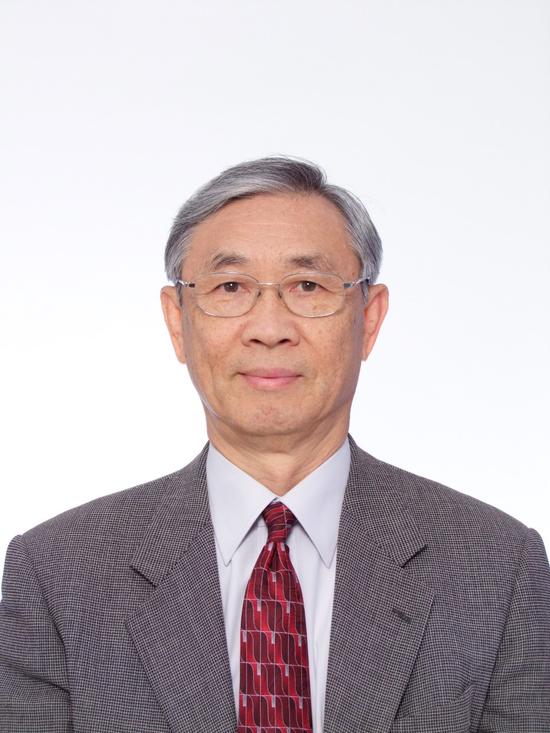 China and Pakistan: A Historical View

China and Pakistan have been and will forever be close neighbors. The two countries have been “Friends in Deed” for the past 65 years and will continue to be for many more.

At this Forum which celebrates 65 years of China-Pakistan relations, I shall attempt to draw your attention to some historical “characters” who have been trend-setters and guiding lights for the modern-day populations of China and Pakistan.

To look back at what these figures did is to light the chandeliers in our memory palace and the lighting will be a source of inspiration for us all.

Let me first tell you two anecdotes. Some twenty years ago, when I was Dean of Engineering at Hong Kong University of Science and Technology, I recruited from the USA a young scholar in Computer Science. He is of Pakistani origin and introduced me to the music of Nusrat Fateh Ali Khan whose amazing voice was at once stimulating and mesmerizing to me. I also enjoyed listening to Pakistani popular songs some of which seemed to have been derived from Sufi music.

Some 15 years ago, my computer scientist friend brought back from Pakistan a hard-bound copy of the Holy Quran. It is an Arabic-Chinese bilingual version, translated by Professor Ma Jian (马坚) of Peking University and published in Rawalpindi. It now sits in my own library.

The Indus Valley Figurines: Who Are We?

As if they wanted to play games with us, the early residents of the Indus River Valley who created a brilliant civilization 5000 years ago and were sophisticated in many respects have left no clues as to who they were, where they came from and with whom they had the most contact. Also, as if to underscore the point that human race is from but one origin, the early clay figurines discovered in the Indus River Valley show a remarkable similarity to those found at other Neolithic sites on the Eurasian continent.

A reasonable guess is that these early residents of Indus River Valley were at least in contact with the Sumerians and Akkadians in Mesopotamia. I was pleasantly surprised when I first noticed that similar cylindrical seals were used in both civilizations about 4500 years ago.

While the descendants of Mesopotamians in early bronze-age are well documented, the identity of the residents in Mohenjo Daro, Harappa and other sites remains unknown. In Mohenjo Daro, the well laid-out “city” of brick-houses along with community baths typified an advanced agricultural society; indeed, they gave the world cotton and probably the technique of weaving. The makers of such articles as a 5000-year-old pottery piece with a mystic bird painted on it remain unidentified. A well-proportioned male torso cast in bronze is also an enigma for scholars. Indeed, a great deal more needs to be learned about this vanished ancient civilization.

Whereas the legitimate proprietors of these sites and artifacts live in Pakistan today, we are all indebted to the creators of the marvelous civilization of the Indus River Valley.  That we belong to the community of shared destiny for all mankind is given proof by these mysterious “characters”.

The Gandhara Statues: We Belong to Everyone

Following the expeditions of Alexander the Great, the Greco-Bactrians in Taxila made a town in the Hellenistic style which was marveled by the Scythians and Parthians who ruled this area subsequently.

Kushan Empire was later founded by Yuezhi people who migrated to this area from present-day China about 200 BCE; it later expanded to the Ganges Plain to the east and Tianshan Mountains to the north during the reign of King Kanishka. Later, Buddhists in Gandhara (near Peshawar today) made statues of Buddha and Bodhisattvas in the Greek tradition using images of Apollo and Athena as the basic design, but always with a tint of local colour added. The Gandhara Buddhist art gained admiration from believers in Mahayana Buddhism and spread in China, then to Korea, Japan and Vietnam.

The Chinese monk Fa Xian (法显) saw in early 5th century hundreds of stupas and monasteries near Peshawar. However, Xuan Zang (玄奘) in the 7th century lamented the destruction of Buddhist temples when he passed through this area. It was probably the Hephthalites (also known as White Huns) who reduced the Buddhist structures to rubbles.

Nevertheless, in the annals of religious art, Gandhara ranks very high to this day. The name Gandhara art reflects the place of its origin, but its sphere of intellectual influence has encompassed Central Asia, East Asia, Southeast Asia and beyond. Who can say that this is not an excellent example of shared heritage and destiny of different peoples?

Cheng He and Chen Cheng: We Are Friends from Afar

Most people know thatAdmiral Zheng He was an outstanding navigator, effective military commander and accomplished diplomat. But few are aware that he was a Muslim with family lines directly traceable to Central Asia. Moreover, among his lieutenants, several were Chinese Muslims of Perso-Arabic descent, therefore conversant in the Persian and Arabic languages. He died on his 7th and last voyage and was given an Islamic burial in the sea.

Cheng He’s seven voyages ranged in time from 1405 to 1433; covering south India, the Persian Gulf, Yemen, Somalia and Kenya. While these voyages were well recorded, the real purpose of his missions was not spelled out in any of the documents in the palace archive of Ming Dynasty. I have posited that he was probably instructed by Emperor Yongle to establish a dependable communication route to the Timurids who were then in a dominant position in Central and West Asia, also able to influence the Mongol forces still struggling with the newly established Ming Dynasty. Due to intermittent military actions by the Ming and the Mongols, the land routes from the interior of China to Central Asia were often blocked and unreliable at best. So Cheng He came by sea to the Timurid territories to seek friendship.

In the same era, two Ming Chinese emissaries, Guo Ji (郭骥) and Chen Cheng (陈诚), made their way overland from Beijing to Central Asia on a number of occasions.

Guo Ji and his colleagues went to Samarkand first in 1387 during Timur’s ascendency, but were detained for nearly 20 years until Timur’s death. Soon after his return to China, Guo Ji was sent to Central Asia again in 1407, both to assert Ming’s interest in Central Asia and to make certain that the internecine war of succession among Timur’s offspring would not cause the Silk Road to be closed.

The more accomplished diplomat was Chen Cheng, who had learned Mongolian and Tibetan languages and worked for many years near the Oirat Mongols and the East Chagatai Khanate. He led Ming delegations to Central Asia three times, in 1413, 1416 and 1418. Chen Cheng’ missions was probably meant to convince Timur’s successors that the Great Ming of China was so affluent and powerful that it would be futile to invade China as Timur tried to do just before his sudden death. On the contrary, the new Timurid leadership should be shown that it would be beneficial for them to be friends with Ming. Chen Cheng visited Herat, capital of the Timurids in 1414. He was well received by Timur’s son Shah Rukh who was impressed by Chen Cheng’s knowledge and arguments and decided to send a large delegation to Beijing, presenting to Emperor Yongle his father’s favorite war horse, as a symbolic recognition of China’s suzerainty.

At the beginning of the 16th century, the Timurids fortune waned and were driven out of Central Asia by the Uzbeks, nomadic Mongols from the Kazakh steppes and descendants of Batu, the eldest grandson of Genghis Khan. The last Timurid ruler, Zahir-ud-Din Babur, had to go into exile in Fergana and Afghanistan. This, of course, had a great deal to do with the history of Moghul India, hence the modern-day Pakistan.

Babur and Akbar: We Bestow Order and Harmony

One of the most talented and captivating personalities in Central Asia in the 15th-16th century was Babur, founder of the Moghul Empire. I visited Lahore some years ago and marveled at his good fortune in settling in Lahore after a series of political and military setbacks. While I cannot read his autobiography Baburnama written in his Turki (or Chagatai) language, I bought an English copy of Tabaqat-i-Baburi, his biography written by Zain Khan. I learned much wisdom in this book.

Babur, the “Renaissance Prince” in the European parlance, was not aware that the Europeans had rounded the Cape of Good Hope and reached India just before he set out from Lahore to defeat the various armies in India. One reason for Babur’s military victories was the use of guns. Here history shows a number of ironies: First, the Turki- and Persian-speaking Babur was culturally not Mongol even though his mother had direct lineage to Genghis Khan; second, he suffered at the hands of his distant cousins from the steppes who were Mongols and called themselves Uzbeks; third, Babur benefitted from the gunpowder that the Mongols had earlier introduced to Central Asia; fourthly, the empire that Babur founded on the Indian subcontinent was named Moghul, meaning Mongol in Persian.

Akbar, grandson of Babur and the greatest of the Moghul emperors, created a huge empire probably unforeseen by his grandfather. He took seriously his responsibility of ruling a large and diverse population in India, so he often had Muslim ulema as well as Sufis in his court to discuss religion and philosophy along with Hindu, Christian and Zoroastrian scholars. While his attempts to harmonize Islam, Hinduism, Christianity and Zoroastrianism were not put into full practice, his open-mindedness and desire for social harmony should be a source of inspiration for any country with a diverse population. Indeed, Akbar would have been happy with the phrase “community of shared destiny of all mankind”.

Karakoram Mountains: We Are Not Your Barriers

The mountains that lie west of the Himalayas are forbidding and seemingly insurmountable. It is said that the Karakoram is India’s natural “Great Wall”. But anyone who has cast an eye on the breath-taking Karakoram Highway will know that nature never intended to separate determined peoples on both sides of these glacier-dotted mountains.

The determination of the Pakistani and Chinese governments was a primary reason for the completion of this highway. The heroism and sacrifices of the engineers and construction workers over a 20-year period will forever be remembered. More than 500 of them gave their lives to this 1200 km highway, the highest cross-border road in the world. These heroes, may their souls rest in eternal peace, serve to remind us that the bonds between China and Pakistan are indeed strong.

When I first visited Kashgar in the summer of 1987, I met in the hotel dining room a group of Pakistani businessmen who had just come over to China, in several stages, along the yet to be inaugurated Karakoram Highway. When I asked how long the trip took, a middle-aged man from Karachi replied: “Too long!”

With China’s One-Belt-One-Road initiative and the China-Pakistan Economic Corridor, the group of businessmen I met in Kashgar would have been pleased with the idea of high-speed trains crossing the Chinese-Pakistan border. So will be tens of thousands of business people, scholars and tourists in the future.

The China-Pakistan Economic Corridor, in addition to attracting various industries to the new towns to be built along it, will also have a humanistic dimension to it. The small children who live along the Corridor will have their eyes opened to the outside world, their education opportunities enhanced and their career choices broadened. It is these future citizens, both Chinese and Pakistani, who will build a community of common destiny and usher in a new era of China-Pakistan relationship. 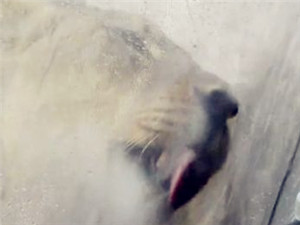 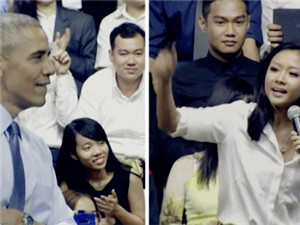